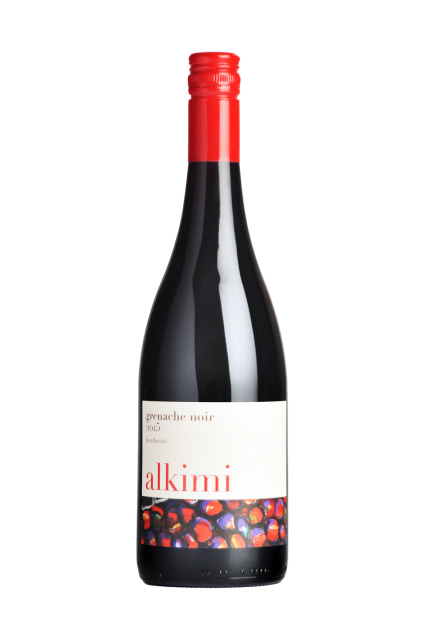 Typically Grenache requires a long “hang time” to develop full maturity and picking was conducted late into the growing season. Then grapes were picked on the cusp of ripeness, in order to capture a fresher spectrum of flavour.

Once in the winery, most of the grapes were destemmed and fermented with pumpovers and punchdowns. One third of the parcel was split in two where some trial fermentations were conducted. All parcels made the final blend. The wine was assembled and bottled in September 2015.

The wine displays a ruby hue. The aromas in the wine are of summer berries such as raspberry and blackberry and fine dark melted chocolate. Orange pith, spice notes of nutmeg, white pepper and clove are subtly woven through.

The palate is rich and bright, displaying crème brûlée, blueberry, plums and subtle anise notes. Tannins are chamois-like and build around the mouth, balancing out the texture and bright acid in the wine. The finish is long and spicy with dark chocolate and confected raspberries. Filtered, but unfined. Decanting is recommended.

It can be drunk with a tapas style dishes which include patatas bravas (potato in a spicy red sauce) or glazed chorizo in mushroom cream sauce, Moroccan fare and cured meats.